Ah, what a nice break this was! We were in the U.S. and it was wintertime…up in Wheaton Illinois. There wasn’t a lot of snow that year, but oh, was it bitterly cold! My tropicalized body complained bitterly that winter! Mine wasn’t the only one either. Both our boys were recovering from head colds and all 3 of us had a bad case of cabin fever. I had the car that day, so I bundled the boys up well and we all headed for the local library – one of our favourite places to go – summer or winter, rain or shine! Josh was happily moving about the children’s section of the library, with its brightly lit aisles, cosy seating areas with bean bag chairs, small, brightly painted tables and chairs, even an eagle’s nest-styled loft for those wanting more privacy – his arms loaded with books. He was in his element. Sam, 2 years old, stuck to me, quietly looking through picture books. I was just enjoying the peaceful setting, a welcome outing after a week of kids with colds.

Then it happened. While I looked on with horror, Sam put his head back, his eyes rolled up into his head and he had a grand mal seizure right in my lap when just a moment ago, we had been going happily through the picture book he had chosen. This was my first experience with a grand mal seizure and at first, I was paralyzed with confusion and horror – trying desperately to remember my high school First Aid course. Thankfully, the library personnel came to my aid, laying Sam on his side until the traumatic moment passed, while another called an ambulance. I noticed as I held my son that suddenly, he felt very hot. I was perplexed because he had been fever-free for 24 hours, and his cold had appeared to be on the way out. That was why I had brought the boys out. Now I felt like a bad mother in addition to the confusion and horror.

We were whisked to the nearest hospital, where Sam was checked and found to have developed an ear infection from the cold he had had. That explained the sudden temperature rise, and seizure. Apparently, Sam was one of those children prone to febrile seizures. We were assured that he would likely grow out of it by the time he was 6 years old. Over the years, he had several of these febrile seizures and we watched him like hawks every time he showed the least sign of illness or felt a bit warm. We could never let our guard down, lest we be caught in that situation again. Nevertheless, as the doctor predicted, his last seizure was just before he turned 6.

Whenever I recall these incidents in Sam’s early life, I always think of the word vigilance. There are many areas in which we need to practice this state of mind. Maybe we are concerned about putting on too many pounds, gaining unhealthy weight. Perhaps we have a bad language problem and don’t want our children picking it up. Or it could be that we have a bad habit of putting others down, calling it humour – “I was just joking!”. Another word for this vigilance could be mindfulness. I like that word – being mindful or paying attention to our words, actions or attitudes and their effects on others around us. It could also include being vigilant to the words, actions, and attitudes of others and how they affect the atmosphere around them and how we can best respond to it, rather than reacting with typical knee-jerk responses. Vigilance is an important and valuable skill to learn, not only in the area of our health, but in the ways we interact with others. A scripture passage comes to mind that says “Stay alert! Watch out for your great enemy, the devil. He prowls around like a roaring lion, looking for someone to devour” (1 Peter 5:8, NLT). No matter what you may believe about the existence of a creature called the devil, it is instructive for us to realize that there is evil in this world, and it ‘devours’ people – destroys their lives. Let us be vigilant in recognizing the evil, within and without, and be mindful of how we can work to change that evil in our own spheres of influence, so the world can be a better and safer place for us and for our children.

Wow, had no idea you have a blog, quite inspiring 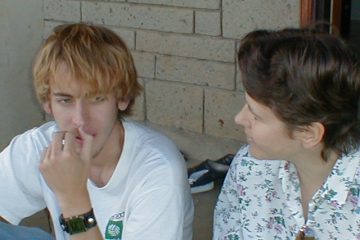 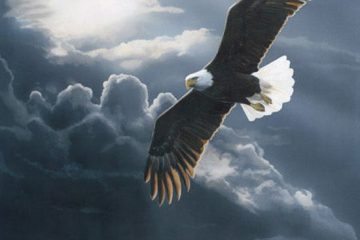 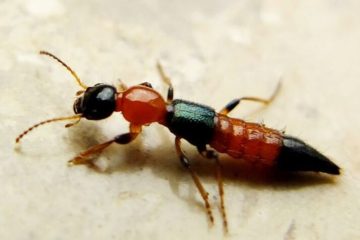